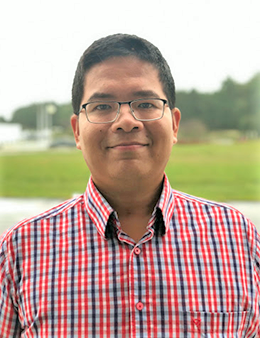 Luan Duong has worked in the commercial unmanned aircraft vehicle (UAV) industry since 2014. During that time, he has designed, built, tested, and troubleshot hundreds of fixed wing and multirotor aircraft, including custom-built systems. A Part 107-certified pilot and long-time radio-controlled aircraft hobbyist, Duong specializes in customization, rapid prototyping, and testing.

Duong holds two joint patents, one for a light-weight generator that extends the flight time of multirotors by converting gasoline to electricity and a second related to a micro-transformable multirotor that the military can deploy simultaneously in the hundreds to confuse enemy radar.

He graduated with a Bachelor of Science from the University of Maryland Department of Aerospace Engineering in 2013.