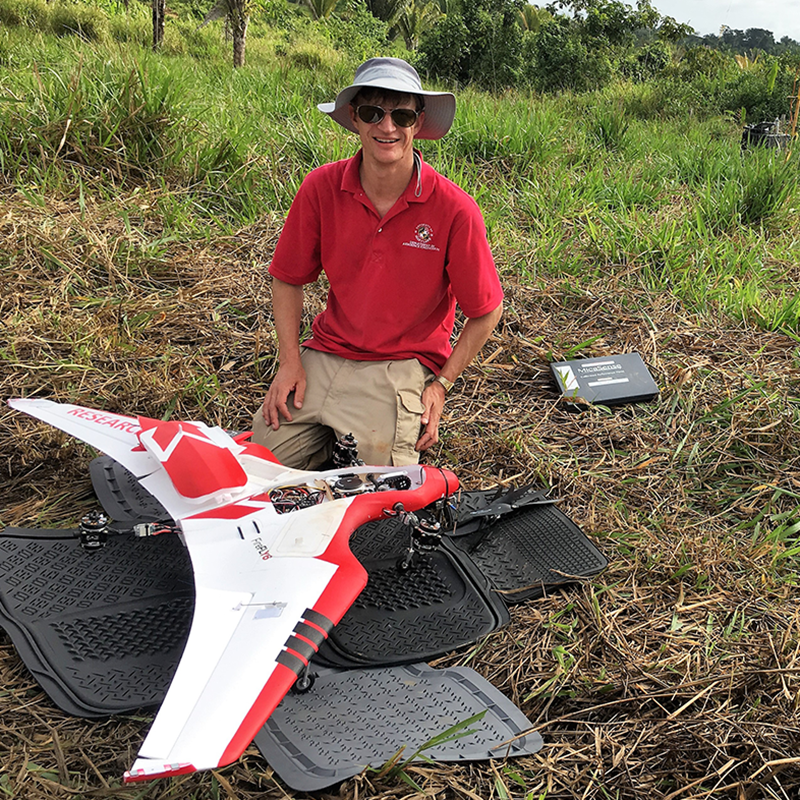 In a future in which small drones fly beyond line of sight and share the skies with highly automated, cooperative aircraft carrying passengers and cargo, managing traffic will be a paramount concern. Jacob Moschler, a systems engineer with DIGITALiBiz and founder of Moschler Robotics, is one of a relatively small number of people around the country with expertise in UAS traffic management (UTM). 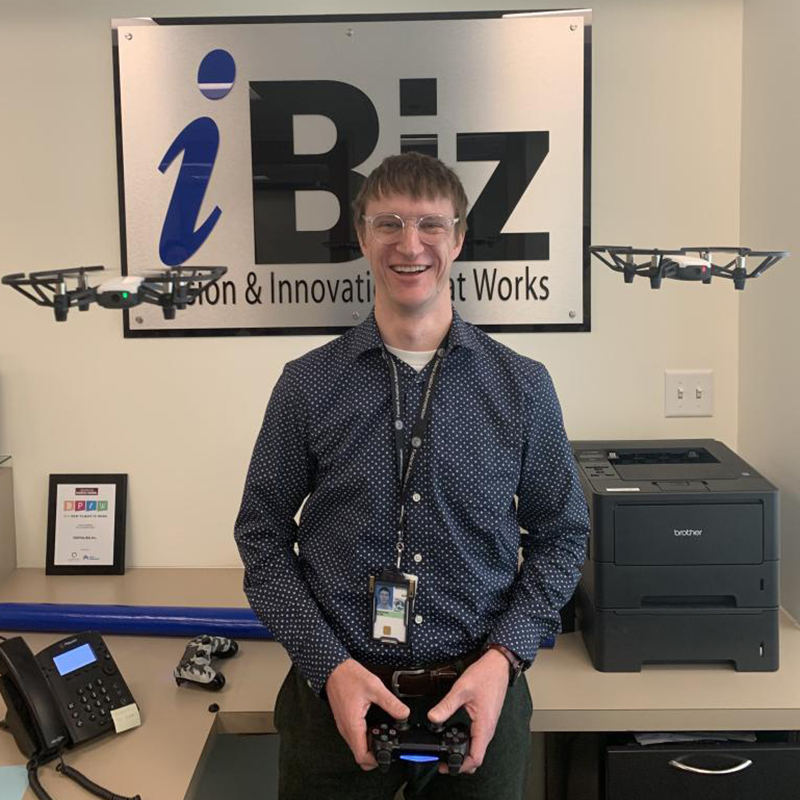 And it’s expertise he gained, in no small part, from his time at the University of Maryland’s UAS Test Site.

“The basic idea of UTM is built around a design that NASA put forward right around the time that I started working at the Test Site,” says Moschler, who served as project engineer at the facility from 2015 to 2018. “As a result, I was among the first group of people to obtain technical experience working with UTM.”

That experience would ultimately propel him into his current career. As the Federal Aviation Administration (FAA), NASA, and industry partners continue to flesh out the UTM framework, they are looking to DIGITALiBiz and Moschler to strategize and help manage flight testing across the U.S. Recently, he has been involved in supporting the UTM Pilot Program, which concluded last year, and the newly-launched UTM Field Test Program, which aims to  test how the latest UTM capabilities and proposed standards will support small-scale, real-world UAS operations.

“This is where the future lies in aviation, and I don’t just mean UAS,” Moschler said. “The goal is to manage aviation in a way that is automated and scalable. Down the road, this has implications for conventional, manned aircraft as well.”

Significant as it’s been for him, UTM work wasn’t all that Moschler did at the Test Site–far from it. Indeed, the Test Site itself was just getting started when he first joined. He was a graduate student then, with a full-time job managing the Institute for Systems Research’s Autonomy Robotics Cognition Laboratory. He would go on to complete his master's in systems engineering in 2017.

“I’d heard news that the FAA planned to establish UAS test sites, and I went to the aerospace engineering department and suggested that UMD should have one,” he recalls. “And I found out that we were already partnering with other sites in the region to stand one up!"

Test Site Director Matt Scassero and the director of operations at the time, Tony Pucciarella, soon brought him aboard. He would go on to play a leading role in many Test Site missions, including one that involved using drones to help anthropologists study agricultural practices in Belize.

Moschler also helped engineer the system used by the Test Site team in a history-making flight that resulted in the first-ever drone delivery of a live organ for transplant, in April 2019. Although he had left the Test Site by then, the work he had done was integral to the flight’s success.

Perhaps most valuable, Moschler says, was the experience he gained working at an organization that placed a premium on innovation and out-of-the-box thinking, and that worked to establish a positive organizational culture. Good leadership, he adds, was a key ingredient.

“It was an extremely supportive environment,” Moschler said “It gave me an idea of how excellent leadership can make a difference to everybody.”